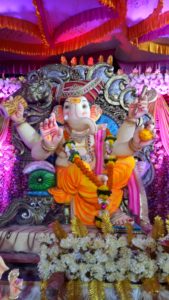 Ganesh Chaturthi is celebrated as a birthday month of lord Ganesha .
Lord Ganesha is a Hindu god ,who is believed to be more powerful to eliminate all obstacles from your life. This festival falls in month of August & September. This is one of the festivals which mumbaikars celebrate with great spirit and enthusiasm. Ganesh Chaturthi is celebrated for 10days all over India.
People bring lord Ganesh’s idol at homes, pandals , office all over 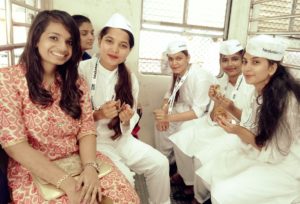 Mumbai and different parts of India and worshipping it with whole heartedly, performing aarti (every day morning and evening) and offering sweets to lord Ganesha.
I love this festival as its full of colours, energy, welcoming lord Ganesha with dhol’s and modaks. 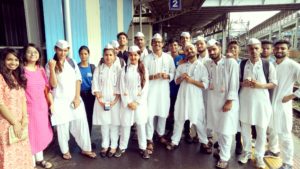 This year Ganesh Chaturthi was celebrated in train organized by Hindustan times (htmumbai). They had mandali of girls and boys singing prayers and aarti of lord Ganesha in train. As we started our journey from Borivali to CST, Bappa mandli started playing manjiras and singing Ganesh aarti in a joyous mood. They distributed booklets of prayers so that people can also participate and sing with them together. People also participated with great enthusiasm along with bappa mandli during their journey in train. It was my first time attending Ganesh  aarti in train by Hindustan times, with devotion and pure feelings. In fact, I felt lucky for attending this Ganesh  aarti planned by Hindustan Times. 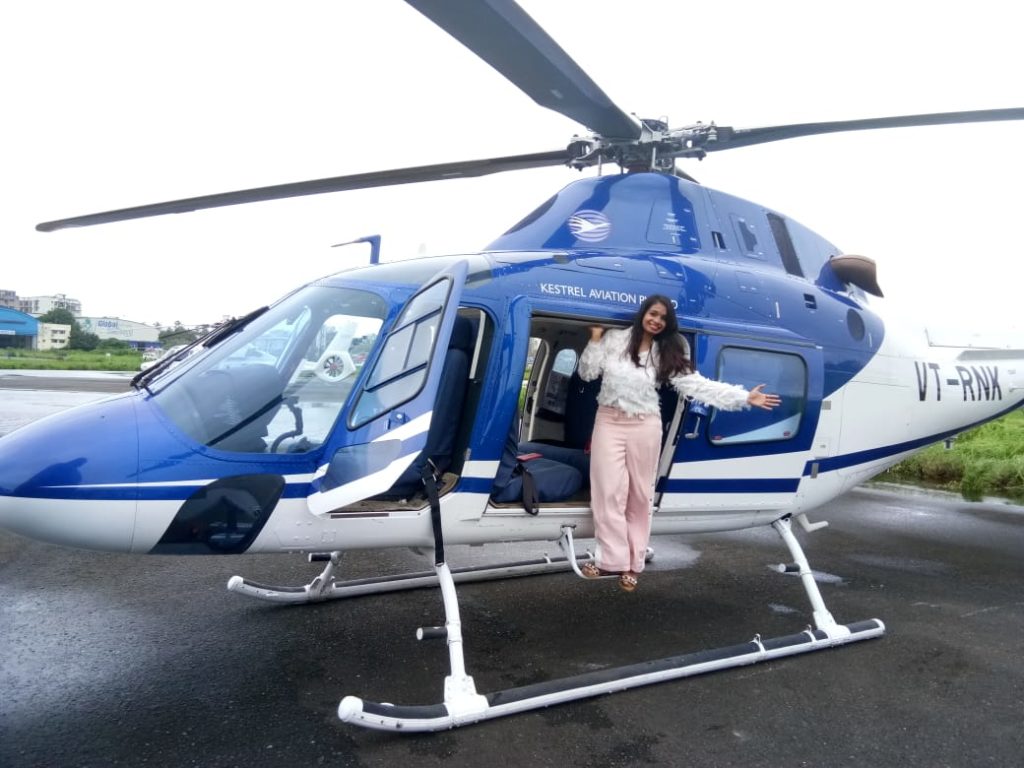 On the 5th day of visarjan Hindustan times organised a helicopter ride for ous to have a look of ganesh visarjan and exploring Mumbai from top.
I was really excited for this helicopter ride which gave a great landscape view from top just like a birds eye view. It was 15 mins ride form juhu Chowpatty to Pagoda in Gorai. View of golden Pagoda from top was mesmerizing. What an amazing thrilling experince to view whole city from top! Thank you Hindustan times for this great experience for Ganesh Chaturthi aarti in train and the special helicopter ride. 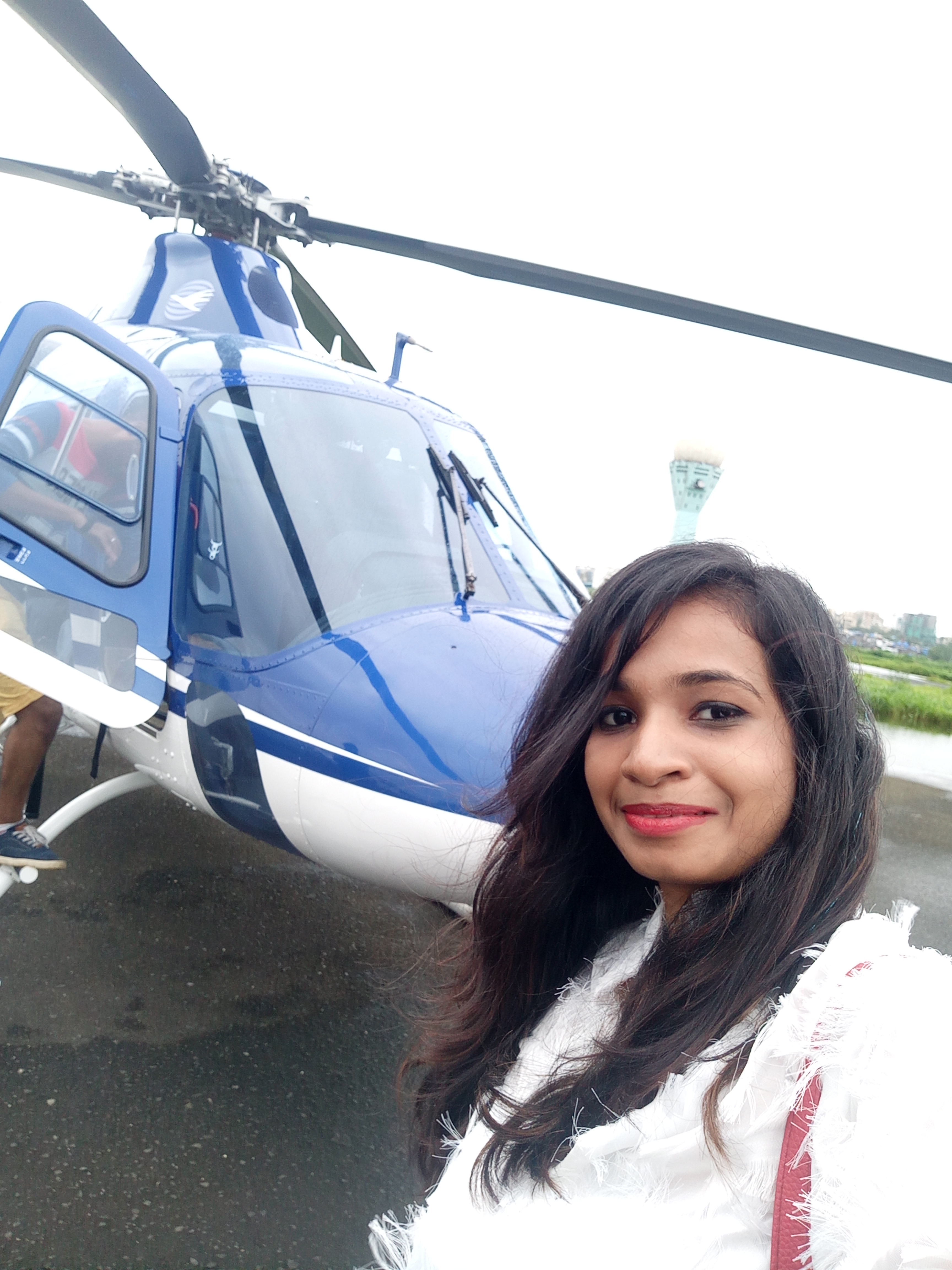